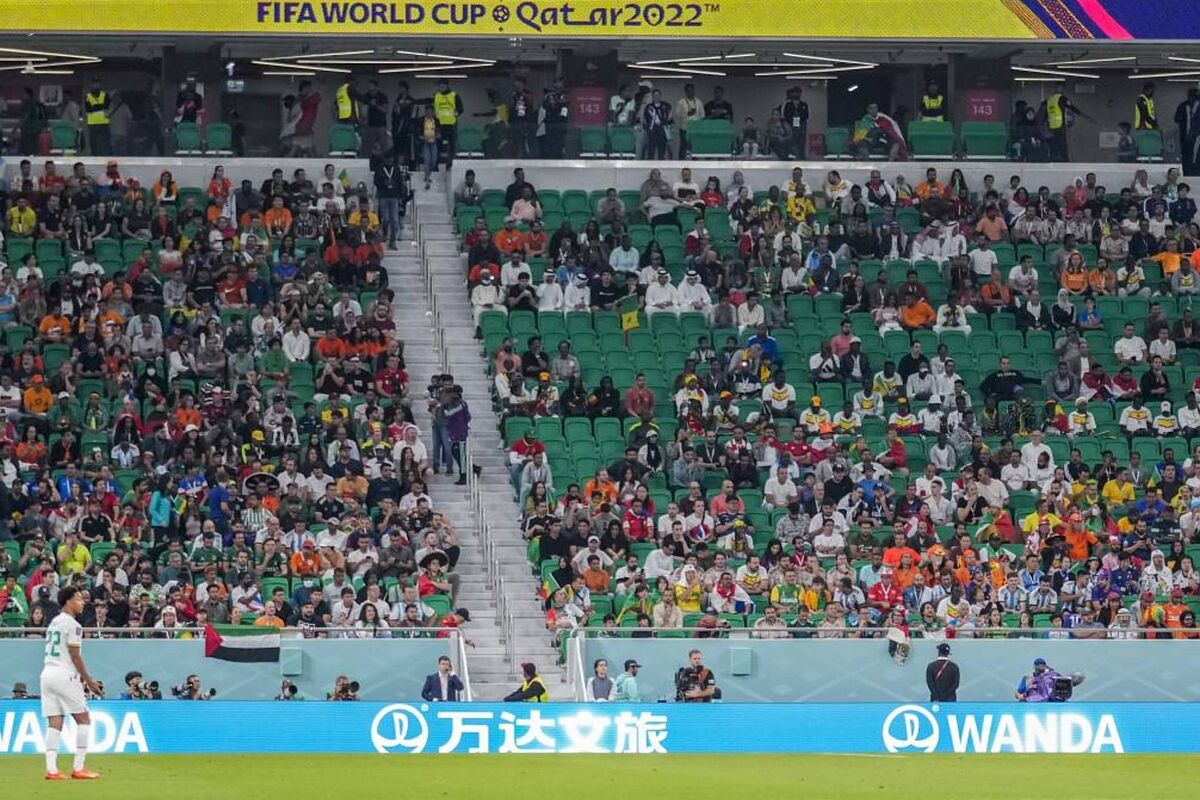 The World Cup group match between the Netherlands and Senegal started with many empty seats in the stands of the Al Thumama Stadium… but little by little they began been filling up with fans without tickets.

They were able to enter due to a breakdown of the e-ticketing system and turnstiles. A technical problem with the computer, similar to the England-Iran match, meant that all the gates to the stadium were opened and many fans entered by showing only their Hayya, Qatar‘s visa application, which you can only get if you have at least one ticket for one of the 64 World Cup matches.

The decision to open the gates meant that fans who had tickets were not left out because of the computer problem… and that many who did not have tickets were able to enjoy the match. It should be remembered that the match started with many free seats in the stadium.

MARCA was also able to see how many fans entered the stadium without even showing anything at the gate, pushing the entrance turnstile that offered no resistance whatsoever due to the breakdown of the system. Once inside the stadium, no one looked where each fan sat in Category 1 and no one asked for anything.

The Al Thumama Stadium is the stadium where Spain will make their World Cup debut on Wednesday against Costa Rica.