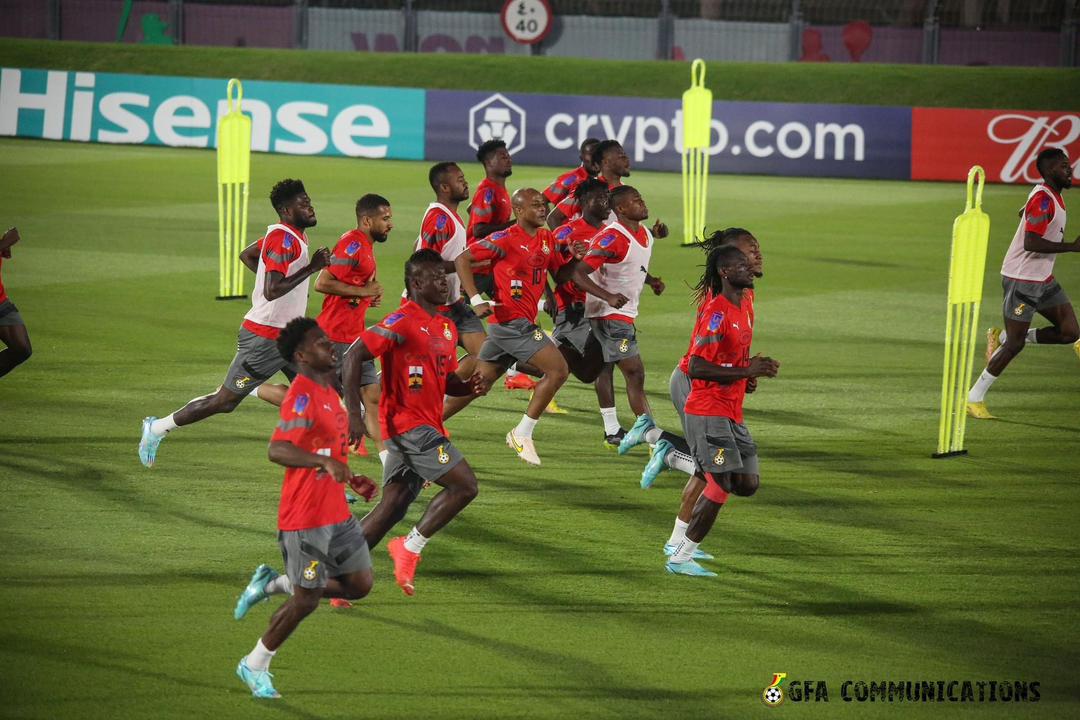 The Black Stars of Ghana have stepped up training as part of preparations for the clash against Portugal in the 2022 FIFA World Cup.

The national team of the West African country arrived in Doha, Qatar on November 18 after wrapping up a mini camp in Abu Dhabi for five days.

While in Abu Dhabi, the Black Stars engaged Switzerland in an international friendly match and managed to record a 2-0 win at the end of a very good exercise.

Since departing Abu Dhabi and arriving in Qatar, the Black Stars have trained with a  lot of focus as coach Otto Addo and his charges push to get the players ready for the first game at the 2022 FIFA World Cup,

Today, the Black Stars intensified training as players went through various drills and worked on a number of game play patterns.

All players took part in the training with sources in the national team camp confirming that there are no injury concerns.

Below are some of the shots taken from Monday’s training session in Doha. 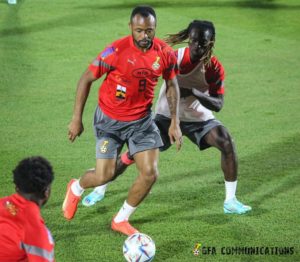 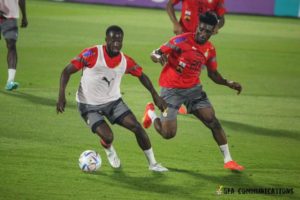 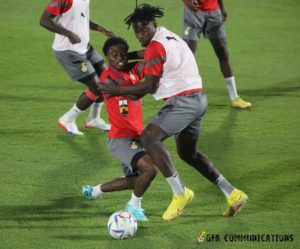 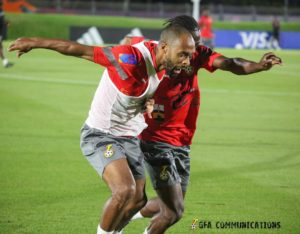 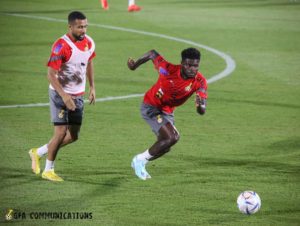 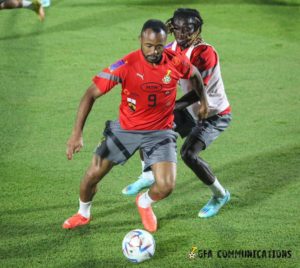 The Black Stars will return to training on Tuesday where players will have two separate sessions.

Coach Otto Addo and his assistants are still working on the team and yet to decide on the starting eleven that will play against Portugal.

That first Group H game will be played on Thursday, November 24.