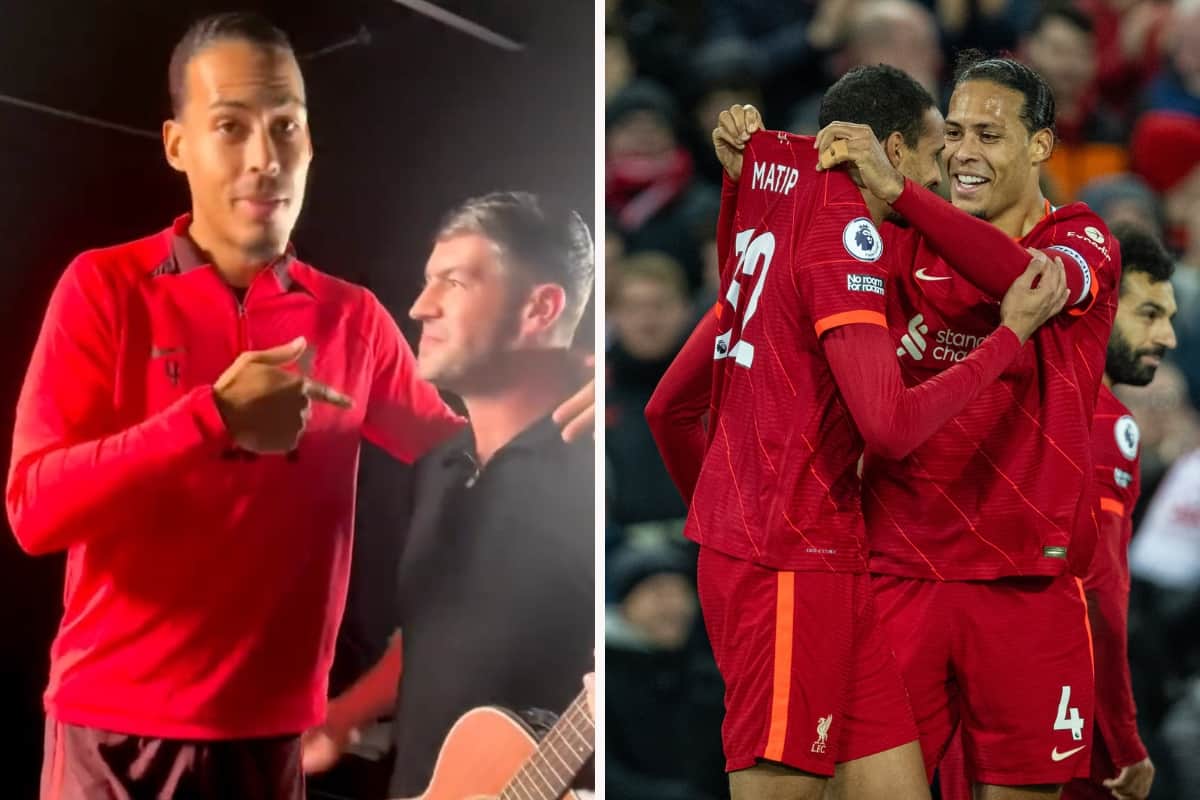 Virgil van Dijk‘s bromance with Joel Matip is well-known and the Dutchman loves putting his centre-back partner into the spotlight whenever he can, and he’ll be hoping this song catches on.

Liverpool’s No. 32 is easily one of the most popular members of the squad, for what he does on the pitch and his personality as a whole.

And Van Dijk is one of his biggest fans, talking Matip up whenever he can and being the first to celebrate his success – that bear hug after the goal against Leeds a prime example.

“I said to him already, if you believe in yourself, like I believe in him, then it could be going very well for him,” Van Dijk said of Matip at the start of 2022.

The pair have played 95 games together at Liverpool and average 2.29 points per game together, but one has a song that readily reverberates in stadiums across Europe, the other does not.

But Marc Kenny’s ode to Matip to the tune of ‘Magic’ by Pilot caught Van Dijk’s attention, with Kenny sharing that the No. 4 wanted him to play the song so he could pass it on to his centre-back partner.

Virgil asked me to play this again so he could get someone to record it on his phone to show Joël Matip. Did not expect this cameo from him though!

VVD: “What a song” ? pic.twitter.com/jDyjM7Ca5S

“Virgil asked me to play this again so he could get someone to record it on his phone to show Joel Matip. Did not expect this cameo from him though!” Kenny penned on Twitter.

Van Dijk then appears at the end of the video, clapping as he walks toward Kenny before stating, “What a song.”

You can just imagine his giddiness at sending the video on to Matip! He’s definitely sung it to him, no doubt.

The lyrics are easy to follow and are as follows:

“You know, you better believe it is so…

“You better believe it is so…”