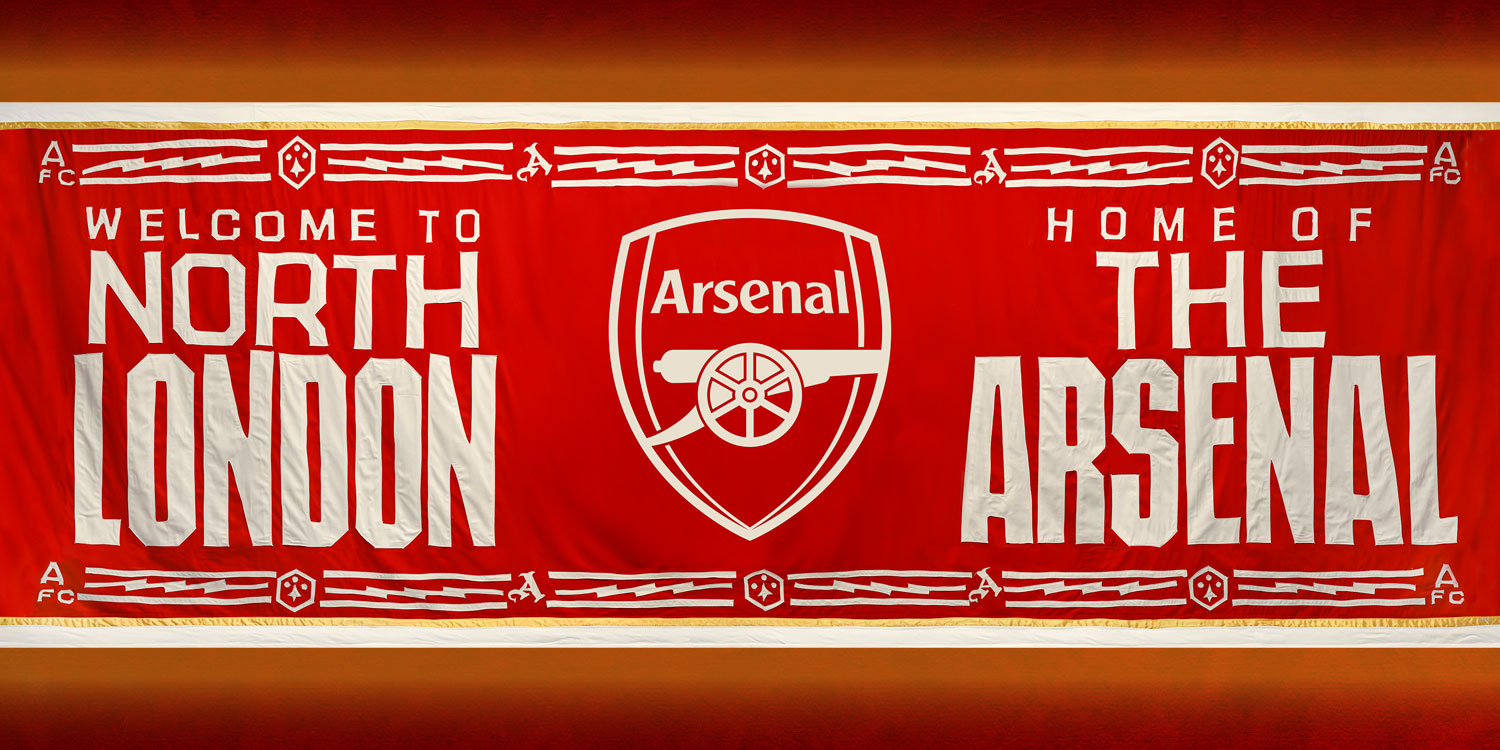 As you will no doubt have seen by now, Arsenal unveiled seven of the eight new wraps for the Emirates Stadium yesterday evening.

We have all the pictures here on Arseblog News, and there’s a really nice section on the official site which goes into a lot of detail about the artwork. This project has come together after a series of consultations with supporters, legends of the club, and the artists themselves, of course.

“This has been a fantastic project enabled by so many of the Arsenal family here in Islington and across the world. We genuinely couldn’t have brought this project to life without everyone working together and giving their passion and dedication to this work.

“We started with a blank canvas with the hope of capturing and expressing our rich history, our values of community and progress and reflect what Arsenal stands for in 2023 and beyond.”

And I think this is key. Arsenal spans generations. We have a wonderful history, and there are fans who have seen the club play at, and leave, beautiful Highbury. We also have fans who have never known anything other than the Emirates, the stadium which opened in 2006. It sounds pretty recent, but it’s heading towards 17 years at this point. Does that make you feel old?

Arsenal has changed. Football has changed. The world itself has changed. And I think what’s so well done about this new artwork is how that is captured and represented. The dual image of the Invincibles and the Women’s side that won the Champions League is a great example. The growing interest in and support of Arsenal Women means that for the generations to come that inclusivity and visibility is really important.

But history is important too. The foundations. The things that the club has been built on and achieved down the years. The image of Highbury’s East Stand with the various figures in the windows is just so good. At the bottom right, the famous back four with their hands in the air. Just superb. Click to make bigger 👇

Across all the pieces, the fine details are amazing, and when you look at how they’re going to fit on the stadium itself, the ‘bigger picture’, so to speak, is great too. Trains arriving into London that pass by will see this:

There’s one with flags of supporter’s groups from all across the world, an acknowledgement that while Arsenal is very much from North London, it is for everyone. It’s too trite to say that the game of football itself is global. I know first hand how much Arsenal means to fans around the world. I’ve met them on my travels, and every time I’m at a game I chat to someone who has come from somewhere distant to support the team. That Arsenal is a club where they are made to feel welcome by everyone, whether they’re local or not, tells you a lot about the idea of togetherness and unity. They’re not just buzzwords, that is the reality.

The thing that struck me, reading the reaction online and in the comments on this site, is how enthusiastic and favourable the reaction has been. Art is, by its very nature, subjective, and when it comes to football teams we know it’s very difficult to please everyone. Just look at what happens when new kits come out each year. Some love them, some hate them.

And while I’m sure there are a few out there who don’t like what has been produced, the majority of the reaction I’ve seen has been really positive. I think the club deserve huge credit for the way they’ve undertaken this project, and what I like most about it is how different it is. I can’t think of another football stadium that will look anything like this. That’s brave, because there were probably easier, safer choices when it comes right down to it.

If you want to draw parallels between that and some of the decisions the club has made in the past, distant and not so much, that turned out to be a success, I think you can do that pretty easily. It’s the Arsenal way, and given that this stadium is our home, that’s how it should be.

Work is due to begin on the installations pretty soon, so hopefully we can see them up close and personal soon. There’s another one that wasn’t available, a ‘a mammoth montage of supporters from across the decades’, and that should be interesting to see too.

For now though, a very big chapeau to all involved. The Arsenal ❤️.