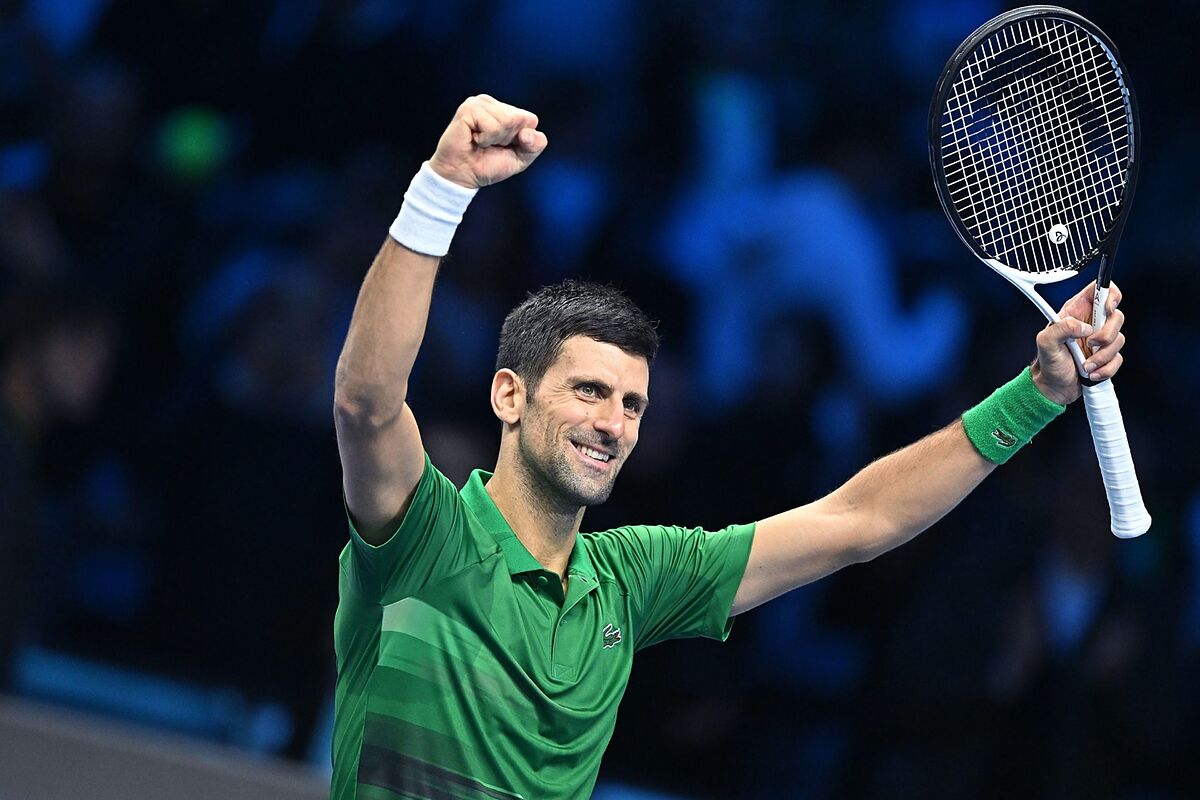 Novak Djokovic has done it again. Seven years after his last ATP Finals title, the Serbian won a record-tying sixth by defeating Casper Ruud, 7-5, 6-3 in 1 hour and 33 minutes.

It’s the fourth time Djokovic has finished the tournament undefeated, having previously done so in 2012, 2013 and 2014.

He thus equals Roger Federer‘s all-time mark of six ATP Finals titles. The Swiss was the oldest winner, having won at the age of 30 years and 4 months in 2011. Djokovic has erased that record by taking this year’s title at the age of 35 years and 182 days.

“I feel good physically and I want to keep playing and win as much as I can,” Djokovic said after the match.

While it’s true he lost the final of the Paris-Bercy Masters 1000 to Holger Rune, who is 16 years younger than him, a week ago, he bounced back in a big way in Turin, meaning he’s now won 25 of his last 26 matches.

The final stretch of the season has seen him lift four trophies and tally 2,850 points. If the 2,000 points as Wimbledon champion had been counted, Djokovic would have finished number one with the same points (6,820) as Carlos Alcaraz.

He also won the same amount of tournaments as the Spanish youngster (5) despite having missed the TMS of Indian Wells, Miami, Montreal and Cincinnati, as well as the Australian and US Open.

Jump in the ranking

It means Djokovic will now have a chance to leapfrog Alcaraz in the rankings at the next Australian Open (January 16-29).

Ruud was the fresher of the two finalists after finishing the group stage on Thursday with an inconsequential defeat against Nadal. On Saturday, he cruised past Andrey Rublev in the semi-finals in 68 minutes.

The two men looked strong early on, but it was Djokovic who threatened on return despite letting break point chances slip in the second and eighth games. He later won the set, having hit 14 winners and six aces.

Ruud did what he could to bounce back, but couldn’t find a way past Djokovic and his strong defence. The Serbian won 85 percent of his points on first serve and grabbed an early break to lead 3-1 in the second set.

Although Ruud reduced the gap, Djokovic served out the match at 5-3, firing home an ace to win his sixth ATP Finals title.

Just like in recent seasons, Djokovic will head to Marbella with his family in December with an eye on Australia and the first major of the season, having won there on on nine occasions. He’ll also play in the new Dubai League from December 19 to 24.