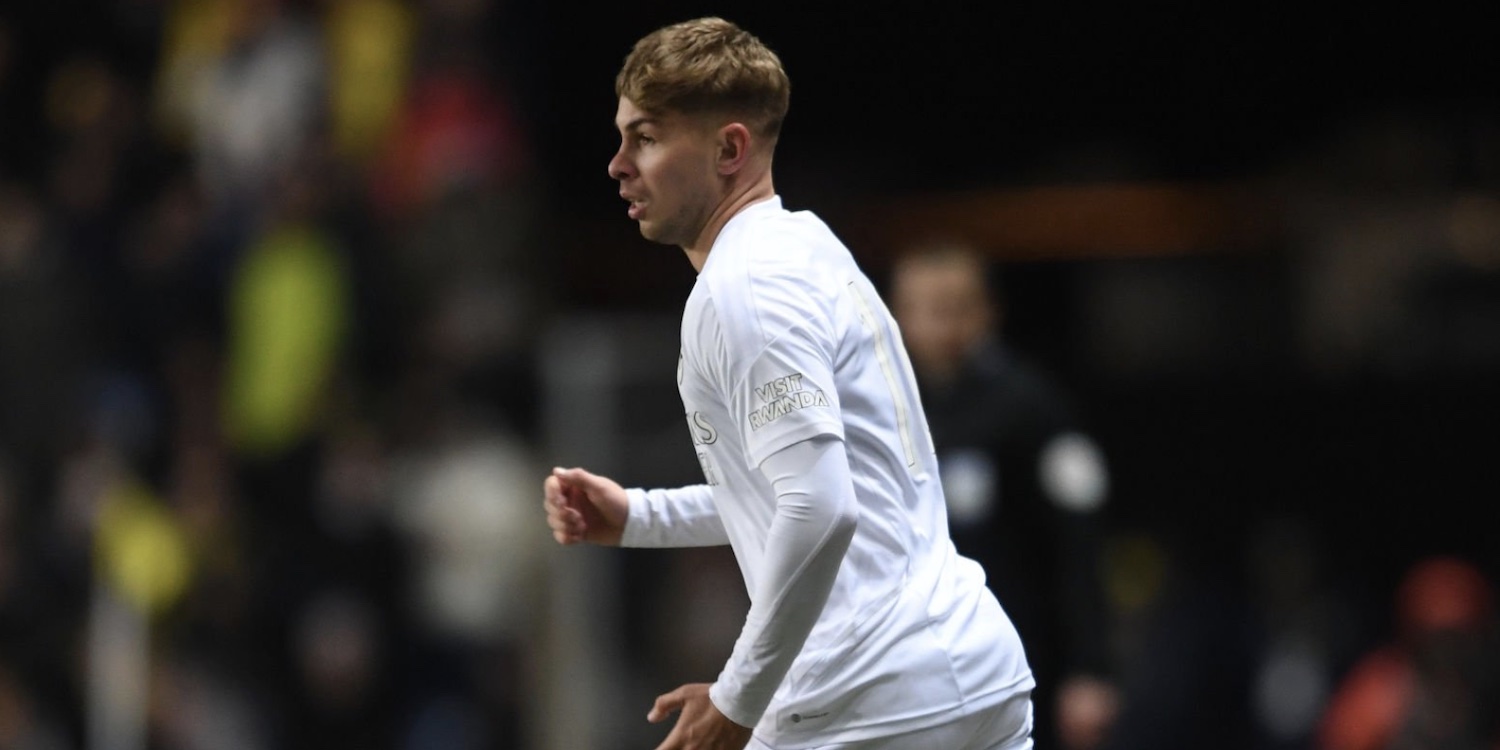 The return of Emile Smith Rowe on Monday night was a very welcome sight. As we seek greater attacking depth, having last season’s second highest goalscorer back in the squad is obviously a relatively simple way of doing that. We don’t have to deal with selling clubs who want the world for their player. There are no agent shenanigans. No settling in. No work permits.

Mikel Arteta clearly sees Smith Rowe as someone who can play across the front line, in both wide positions and as a nine. That’s an experiment we’ve seen once or twice, I don’t know that it’s ever gone particularly well, but then perhaps the timing of it and the line-ups we tried it in didn’t really give it much chance of success.

I was talking about this a bit last night on The Gooners Podcast, and when Mike mentioned the Villarreal semi-final and the starting line-up, I had to go look it up. I don’t know if it’s something I’ve just blocked out of my mind, like a kind of trauma, but I was genuinely shocked. Here’s how we lined up for the first leg of a European semi-final:

I mean, we’ve come a long, long way since then. The manager seems relatively convinced about Smith Rowe as a 9, I suspect more as a contingency than an actual alternative to Eddie or Gabriel Jesus (when fit), but I’d posit his chances of playing well there would be far greater these days than they were for that game. Mostly though, I see him as cover for the wide positions, particularly the left, and I also think his skillset lends itself to potentially playing the Granit Xhaka role in this team. I do worry a bit about Albert Sambi Lokonga and his ability to contribute at Premier League level, and while he hasn’t played there often and might need to learn the role, I think Smith Rowe has all the attributes to flourish in that position.

The key thing, of course, is fitness, and after the Oxford game, Smith Rowe revealed that the surgery he had in September was to fix an ongoing issue he’s had since he was a teenager. You’ll remember he went on loan to Disgustingly Sweet Energy Drink Leipzig back in 2019, but didn’t even get 30 minutes of playing time under his belt due to injury.

“A lot of people might not know, but I have had this injury since I was 18/19. It has been quite hard to deal with it over the years. But I am really happy that it is just finally over. I had a successful surgery and I am really feeling really good.”

So, in essence, he’s saying he played through an injury for all the time. I’m sure there were times it wasn’t that much of a bother, but there must have been periods when it was genuinely problematic. He has broken through, become an important player, got the number 10 shirt at Arsenal, and been one of our leading scorers without ever being 100% fit. Which is remarkable really. I know all players deal with aches and strains and niggles, and the idea of being 100% all of the time is basically a myth, but still.

He has spoken before about lifestyle and eating habits, but I do wonder if being absent for such a long period of time might have really opened his eyes to the opportunity he has at this club. The team has been brilliant without him, and that must hurt. Every player wants to play and be involved, but this is a different scenario from when he was thrust into action in December 2020. Back then, he was almost like a last throw of the dice for a manager whose team was under-performing to an unacceptable level.

This time around he has to force his way back into a cohesive unit that has played as well as any Arsenal team in recent years. It’s going to mean working harder, being more diligent, and being absolutely ready for the minutes he gets. He looked a bit rusty on the ball on Monday night, but that’s only to be expected. However, he looked leaner and stronger, and he moved around the pitch really well. That’s a good sign, and fingers crossed he can build up some minutes over the next few weeks, and by the time February comes along and the Europa League kicks in, we’ve got a player who can provide cover but who is also pushing to start.

The talent is obvious, but talent isn’t enough. Careers rise and fall on fitness. We’ve seen it in the past at this club where someone who can’t stay fit, who you can’t depend on to be available, ultimately falls by the wayside. Let’s hope this surgery has been a complete success and Smith Rowe can help as we compete across three fronts (for now).

If you didn’t have a chance to listen to the Arsecast Extra, all the links you need are below. Enjoy!