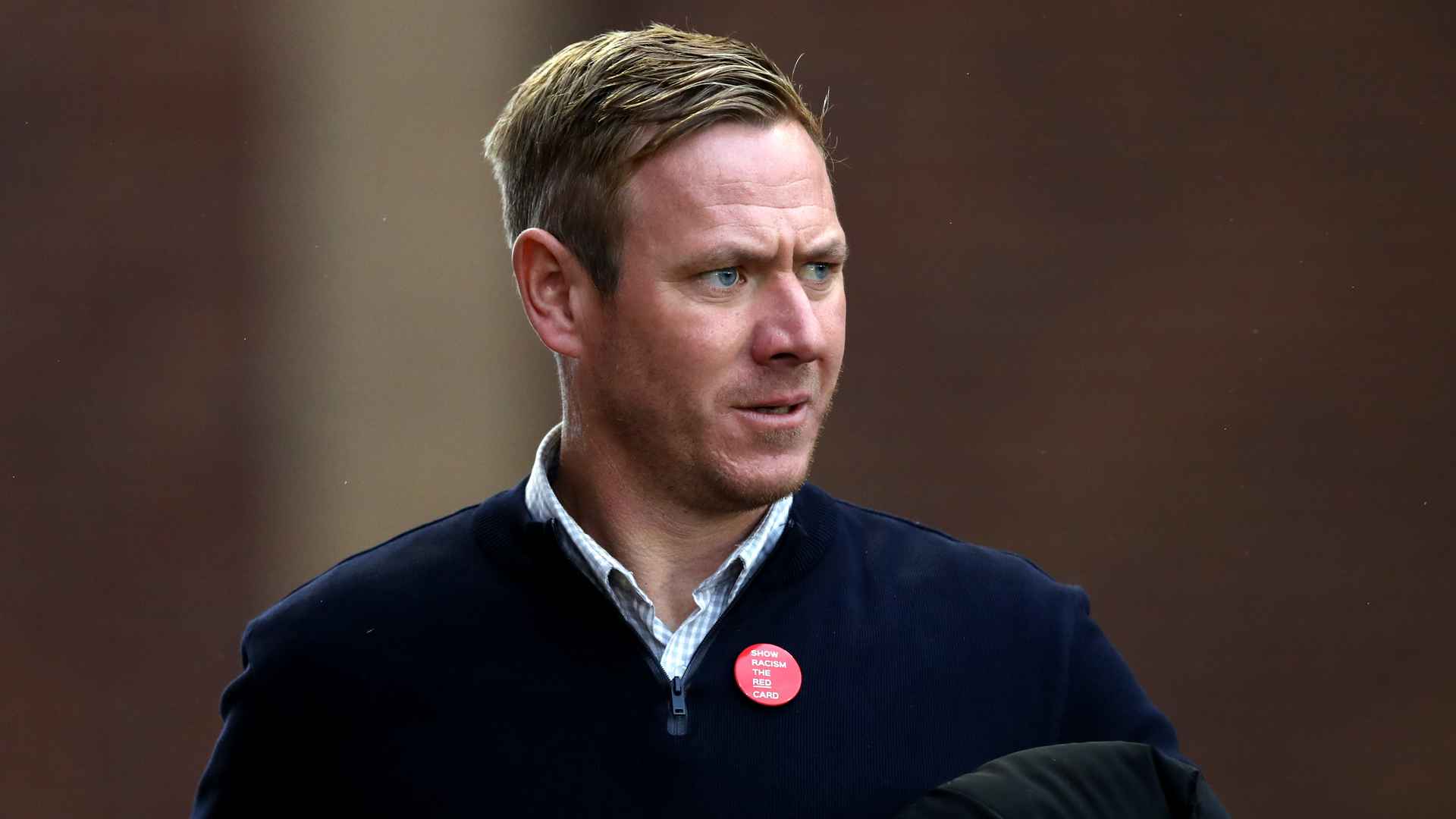 Holden’s love for United started after the 1985 FA Cup final, when Ron Atkinson’s 10 men defeated an excellent Everton side.

“I remember being five years old for the 1985 FA Cup final. Norman Whiteside scored an absolute worldie when he cut in off the right-hand side and whipped it in the far corner.

“I remember when Kevin Moran got sent off in that game – I was bawling my eyes out on the floor. And then Norman scored that goal – my dad had him in the sweepstake at work! He used to work in a factory as an engineer, so he was over the wall outside the house, running up the street because we then went on a caravan holiday with the money that he’d won!

“I went home and away watching United as a kid. I wagged school a couple of times to go to away games, me and my pals queued up overnight at Old Trafford with my vouchers glued onto my sheet for the next round of the cup!

“I went to Wembley four or five times watching United in cups. I was a ball-boy for a season – it was the year that Lee Sharpe scored the backheel versus Barcelona in the Champions League. So United has been in our blood.

“My dad is a massive Red – him and his brother were stewards at Old Trafford for years. My dad’s cousin Russ still, to this day, walks out the manager, so he’ll be walking Erik ten Hag out from the tunnel to the dugout.

“So, it will just be full of weird, surreal moments. My dad will be there plus my wife – in fact there’ll be 28 friends and family up in the K [East] Stand where I used to sit.

“I can’t imagine what my old man will be thinking – it’s just a great moment for him. He’s 70 years old, he’s followed this club all his life and now his son is walking out at Old Trafford! My focus will clearly be on the game, there’s no doubt about that but, for the wider family, it’ll be very, very special.”