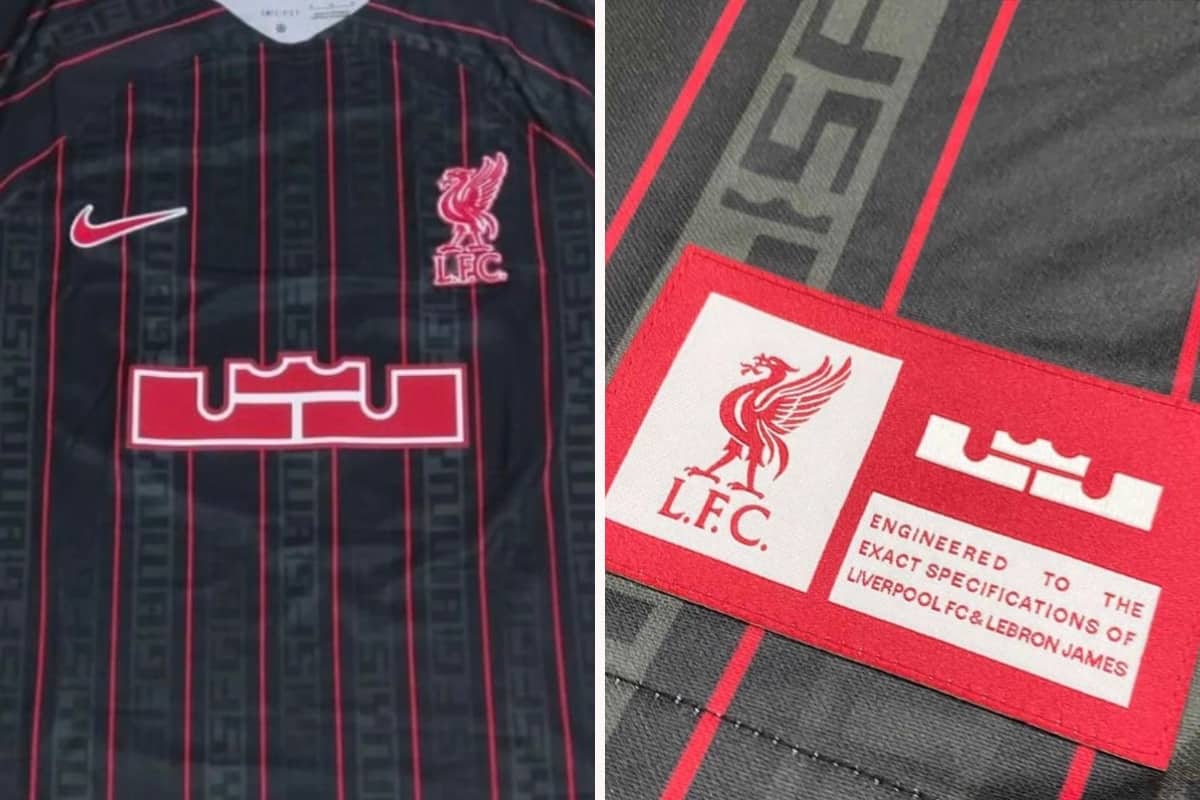 Nike are set to release a special Liverpool x LeBron James shirt as part of a new range in early 2023, with a leaked photo revealing the design.

“Engineered to the exact specifications of Liverpool FC & LeBron James,” reads the label on Nike’s latest design for Liverpool.

But maybe just not to those of any supporter, anywhere.

Following the news of a Liverpool x LeBron James range being produced by Nike, including a limited edition kit, the first photos of the shirt have been leaked online.

Via @FumlerRawk on Twitter and Footy Headlines, the shirt has been revealed as being black with vertical stripes, including a red pinstripe and patterned lettering of ‘YNWA’.

The shirt also features red detailing for the LFC, Nike and LeBron logos, with the latter replacing the usual Standard Chartered sponsor on the front.

It is not the first time Nike have released a limited edition shirt that varies from the wider-released home, away and third kits that Liverpool wear on matchdays.

A baseball-style Nike Air Max fourth shirt was produced for the 2020/21 season, while two designs were leaked during the 2021/22 campaign but were never confirmed. 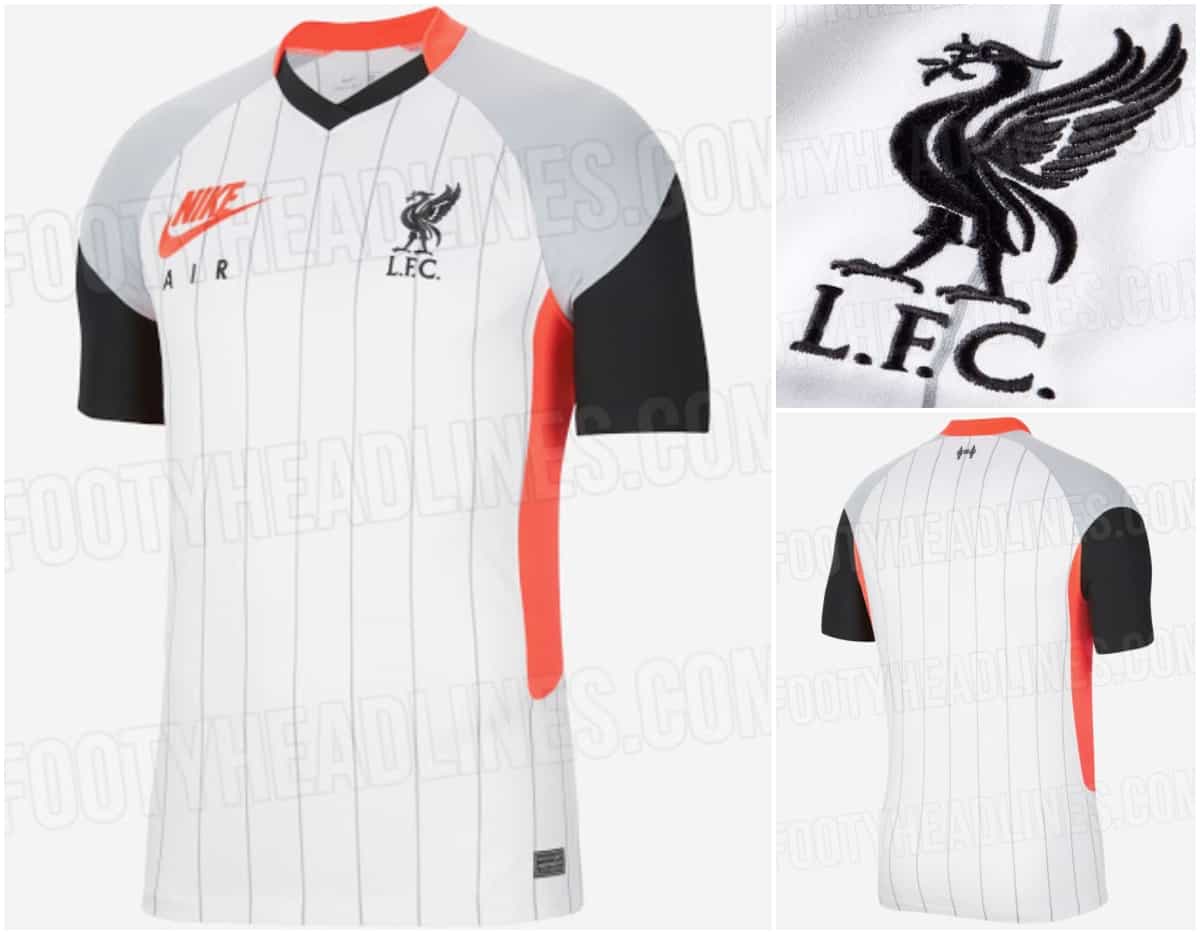 NBA legend James has been a Liverpool shareholder since 2011, when he received a minority stake in the club, and in 2021 he joined Fenway Sports Group as a partner.

As reported by the Wall Street Journal in 2011, part of the deal that allowed James to become a shareholder saw FSG take control of his worldwide marketing rights alongside LRMR Branding & Marketing.

FSG are currently planning to purchase a new NBA franchise in Las Vegas, which James will take charge of.