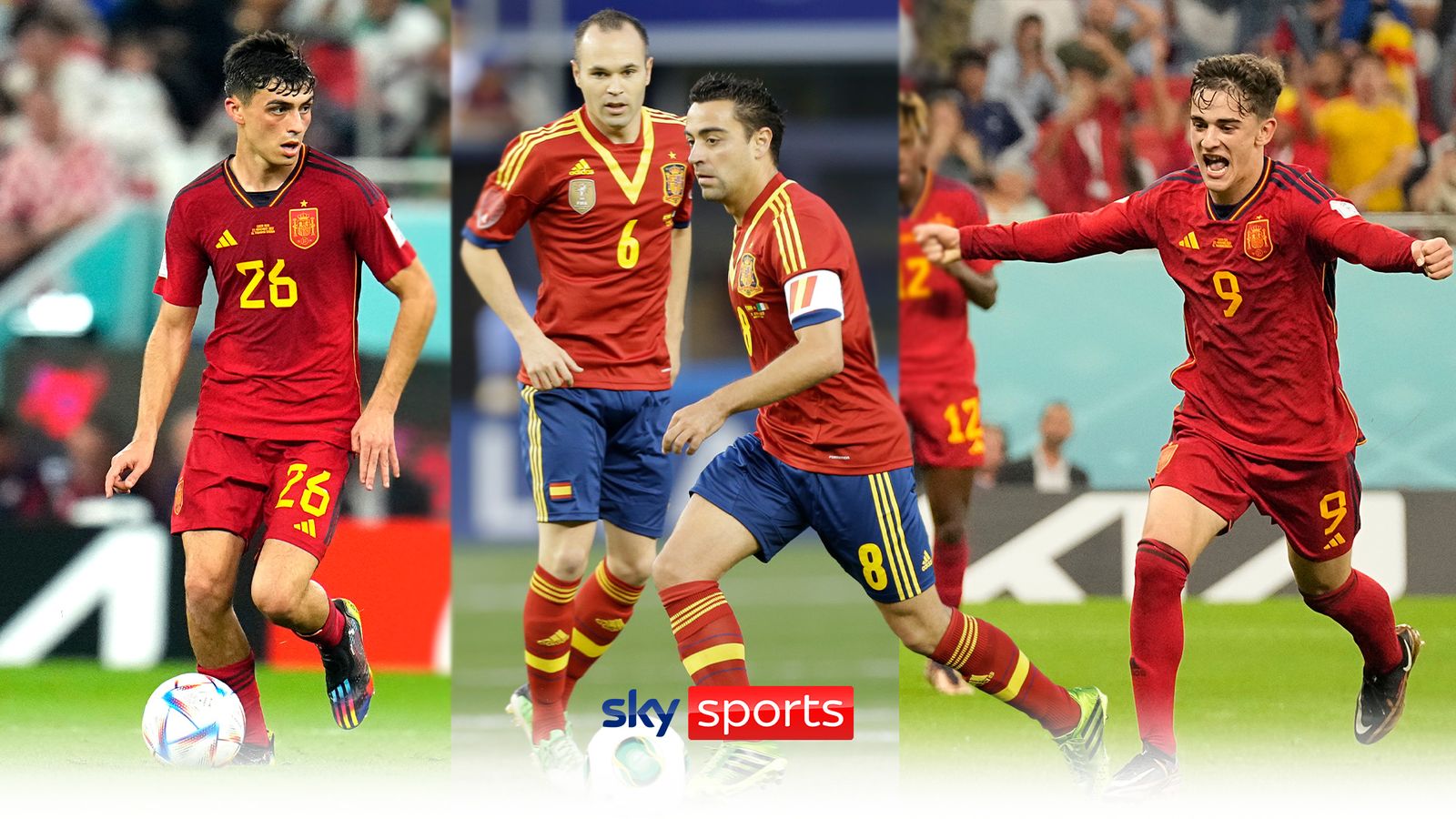 Pedri and Gavi showed that Spain’s future is now as La Roja routed Costa Rica 7-0, while Luka Modric’s influence showed signs of waning for Croatia against Morocco; Belgium not a team to be feared on evidence of narrow win over Canada

“Our only goal is to control the game continuously,” said Luis Enrique when it was all over. Spain did that, thrashing Costa Rica 7-0, thanks in part to the influence of their two teen sensations.

Pedri and Gavi were simply outstanding in Spain’s opener, pulling their stricken opponents apart seemingly at will. Helped by the presence of their Barcelona team-mate Sergio Busquets, they completed 152 of 162 passes between them.

That’s not all they did either.

Pedri created a succession of scoring chances before his withdrawal, while Gavi, Spain’s youngest player to feature in a World Cup at 18 years and 110 days, became the youngest scorer in the competition since Pele in 1958, his stunning strike for the fifth goal capping a quite brilliant individual performance.

As Spain seek to recapture their former glories, it is impossible to watch Pedri and Gavi and not be reminded of Xavi Hernandez and Andres Iniesta, Barcelona team-mates of a previous generation, who, together with Busquets, helped turn La Roja into World Cup and European Championship winners a decade ago.

There is a long way to go if they are to match those feats, of course. The real tests are still to come for Enrique’s side at this tournament. But what Pedri and Gavi are doing is already extraordinary. At Gavi’s age, neither Xavi nor Iniesta had made a senior appearance for Barcelona, let alone Spain.

The future could hardly be brighter.
Nick Wright

Belgium are not a team to be feared
Roberto Martinez put on a brave face. Having dodged an opening-night shock at the hands of Canada he had every right to focus on the positives, but scratch beneath the surface of the result and alarm bells will almost certainly be ringing.

This World Cup was billed as the last chance for Belgium’s golden generation to do it on the big stage, but their underwhelming, disjointed debut in Qatar raised the suggestion that chance may have already passed.

It may seem premature to reach such a conclusion one game into a tournament for a nation who have the likes of Kevin De Bruyne, Eden Hazard and Thibaut Courtois in their ranks, but concerns over Belgium’s credentials are myriad.

Michy Batshuayi was the match-winner but the sight of the former Chelsea and Crystal Palace striker leading the line shone a light on their overdependence on injury-prone Romelu Lukaku. At the back, Jan Vertonghen and Toby Alderweireld, two defenders revered in their prime, were constantly tormented by the Canadian attack.

Had Canada possessed a striker with the same quality as Alphonso Davies then Belgium would have suffered the same fate as Argentina and Germany. They got away with one on this occasion, but there was nothing to suggest the same would happen against better opposition.
Jack Wilkinson

Croatia are perennially slow starters, having lost their opening game in three of their five World Cup appearances, with the exceptions being 1998 and 2018, when they reached the final.

But against Morocco on Wednesday, it felt as if their emphasis was placed on playing not to lose.

Zlatko Dalic’s side are 12th in the FIFA rankings, 10 places above Morocco, but they cancelled each other out in this opening Group F contest. The Atlas Lions have only lost twice since the beginning of 2021 – once on penalties to Egypt in the Africa Cup of Nations – and it is clear to see why they are so hard to beat on this evidence.

Croatia’s World Cup qualification was smooth and they topped their Nations League group ahead of France, but having failed to score past Morocco, the bookmakers will feel vindicated in having them as outsiders in Qatar.

Luka Modric, the 2018 Ballon d’Or winner, said before kick-off it was important to respect Morocco, describing their players as phenomenal and highly motivated – yet he struggled to impose himself in a Croatia side that appears to be regressing.

Their best moments predictably hinged on Modric, who was given the freedom of the park, floating effortlessly from back to front, with football’s traditional midfield roles seeming not to apply to Croatia’s captain. He dropped deeper and deeper to get onto the ball but Croatia lacked spark.

At 37, Modric remains a maestro in the Real Madrid midfield. He pledged he would bow out of the game if Croatia win the World Cup, but there was little indication from this stalemate to suggest that eventuality is likely.
Ben Grounds