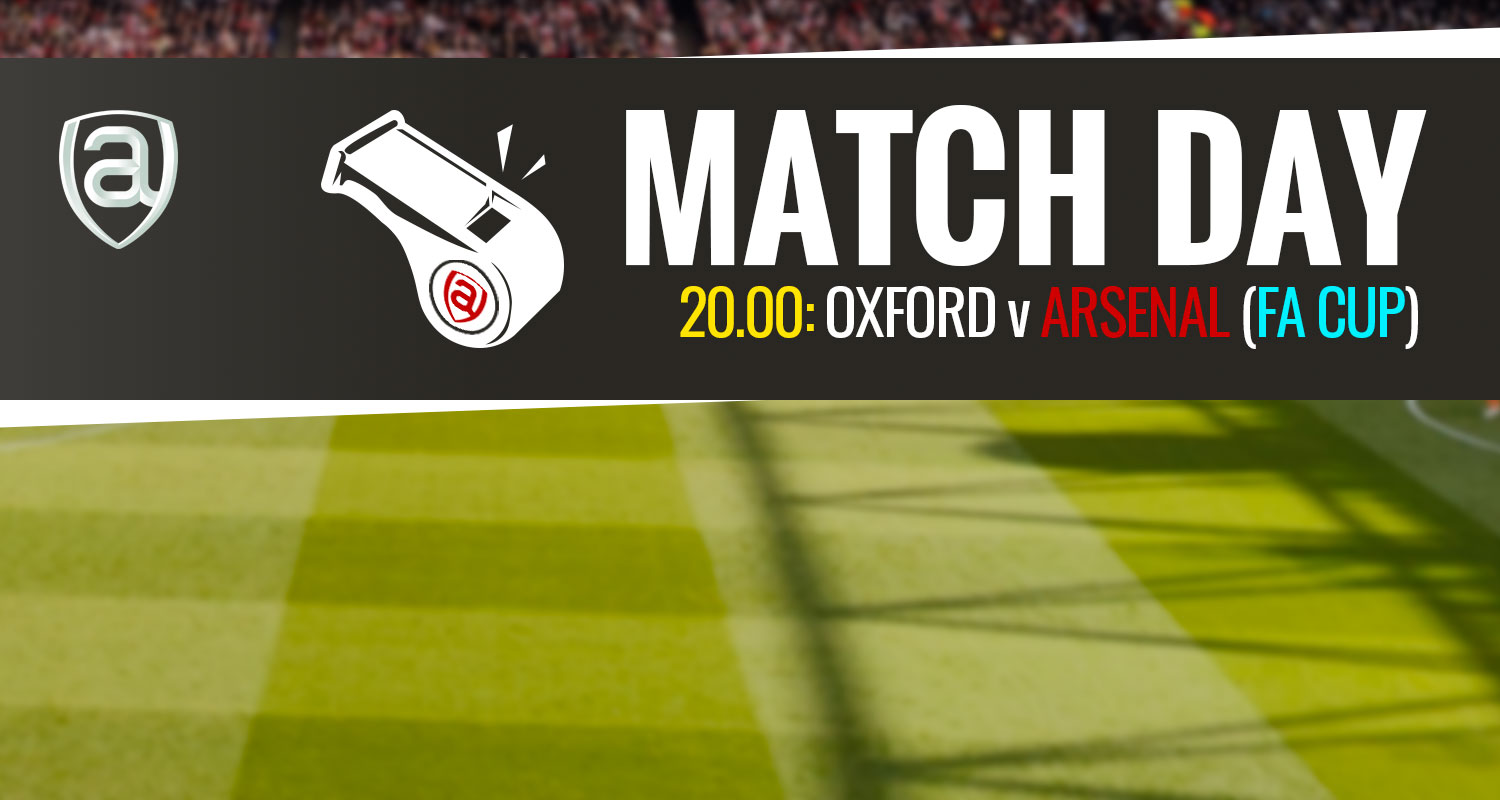 We are in FA Cup action this evening, when we take on Oxford United in the third round.

The home side sit 15th in League One right now, and I fully expect Mikel Arteta to make a number of changes for this game. Not simply because of the slightly weaker than usual opposition, but because it’s a chance for some of the players on the fringes of the first team to get important minutes into their legs.

Even if there’s some reluctance on the manager’s part to rotate or introduce some of them as subs, as the schedule gets busy, chances are we’re going to need one or two of these players so nights like tonight are useful. Depending on the fitness of Emile Smith Rowe and whether he’s fit enough to start, we could see a very different starting XI from the team that lined up against Newcastle.

That said, I wouldn’t be massively surprised if Tomiyasu started at right-back and one of Gabriel or William Saliba started at centre-half. Cedric has been linked with a move away this month, and wasn’t even on the bench for the last Premier League game. It might have been due to a small injury but it’s also possible that a deal to go somewhere else is close and we don’t want injury to scupper it.

Using Eddie up front isn’t really a big issue for me. It’s not like he’s played loads this season and if he can grab a goal or two this evening then it would be of some benefit. The only question mark is the fact that he’s our only recognised centre-forward, and if anything happened to him, we’re not exactly replete with internal solutions. I don’t even think there’s a young forward ready to start, but perhaps there’s one who could come off the bench for 30 minutes if we can get ourselves into a decent lead.

And look, those of us with a bit of Arsenal experience under our belts know fine well that the FA Cup third round can throw up a shock or two, so it’s not taking anything for granted. Nevertheless, it’s got to be something that the manager has to consider. With a North London derby up next, then Manchester United, we have to think about the possibilities.

I don’t know much about tonight’s opposition, but this is basically a free hit for them. At home, under lights, potential giant killers etc etc. They do have a former Arsenal man in their ranks too. Marcus McGuane left us for Barcelona some years ago, it didn’t work out there, but he’s a regular for Oxford now, and that’s always an interesting sidebar.

The other aspect is that the draw for the next round was made yesterday evening, pitting us against the winners of the Man City/Chelsea game. And it was obviously Man City, who thrashed Graham Potter’s side 4-0. That means a trip to the Etihad at the end of January if we win this evening. We also face City in the league in mid-February, and again in April. I know there’s a lot going on behind the scenes in terms of trying to strengthen the squad, but this draw might just hammer home how difficult it’s going be to compete across three fronts with what we’ve got right now. Remember, the Europa League kicks in again soon too.

On tonight, I know there’s an issue of priority for some fans. Our league position is far more important than the FA Cup, and I get that completely. If you asked me know which I’d rather win, there’s only one answer, and that’s not to dismiss the cup. I love the FA Cup, but there’s no contest, is there? However, it doesn’t have to be one or the other. It can be both. We have done doubles in the past, and while I think it’s unlikely, I think we also know that Mikel Arteta is a man who wants to win every game, and that will inform his approach to cup ties as this season progresses. He was very annoyed at our third round exit last season, so I think he’ll want to take this one quite seriously.

So, let’s see what we get tonight. As ever, we’ll have live blog coverage for you, and all the post-game stuff on Arseblog News. For Patreon members, we have a bit of a preview podcast for you too, so check that out here.

For now, take it easy and I’ll catch you later for the game.