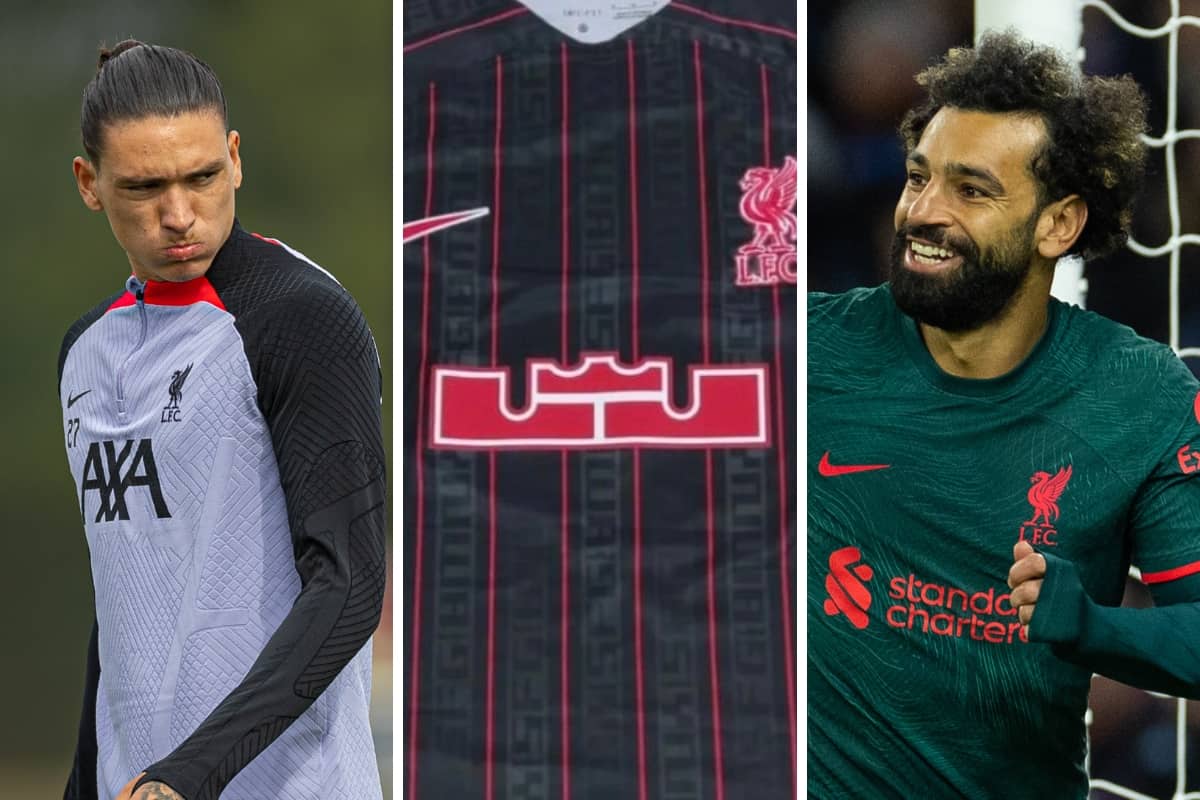 The Reds’ injury woes continue with Darwin Nunez in doubt for the trip to Brighton, while leaked images of Nike’s collaborating with Liverpool x LeBron James make for interesting viewing.

Injuries have not been in short supply at Liverpool with 22 different players having been sidelined for one reason or another this season.

Nunez’s name is already on that list but he could be set to take his missed games tally to two due to an “unspecified issue” that has seen him miss training sessions.

The forward was noticeably absent from Thursday’s session and the Times‘ Paul Joyce has since reported he is “a doubt” for the trip to Brighton, though the issue is said not to be “overly serious.”

It’s a blow Liverpool do not need with Roberto Firmino, Diogo Jota and Luis Diaz all still sidelined, meaning we could see a Mo Salah–Cody Gakpo–Alex Oxlade-Chamberlain front three at the AMEX.

There was some positive news to emerge, though, with James Milner back in training after missing the last four games with a hamstring injury.

That witch is back in the building for Liverpool but here’s hoping Nunez is still with a chance of being available to Klopp over the weekend and not sidelined indefinitely as we’ve come to discover with ‘minor’ fitness issues!

Not exactly easy on the eye… 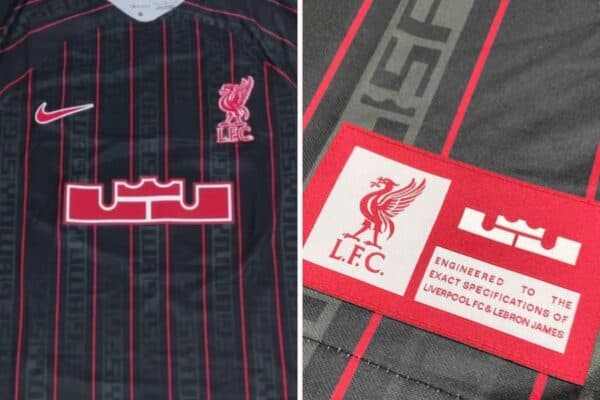 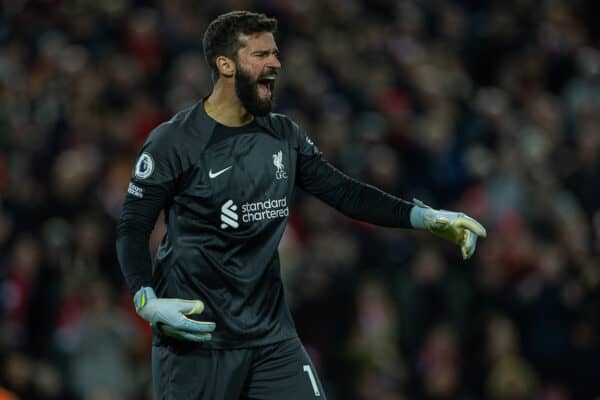 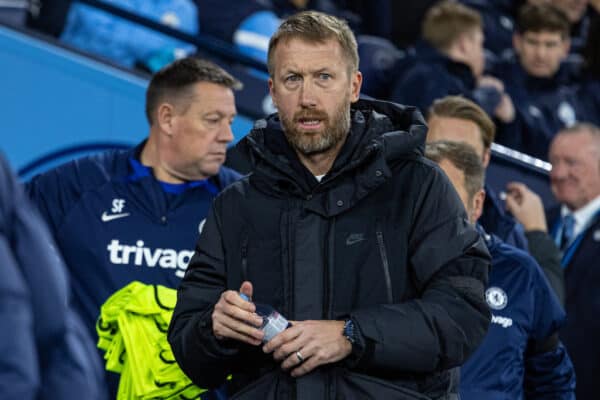 Video of the day & match of the night

What an outrageous goal from inside his own half, that’s one way to announce your Liverpool return, Billy Koumetio!

After a couple of nights of Carabao Cup action, the Premier League is the focus tonight as Fulham host Chelsea at 8pm (UK) – the Cottagers could leapfrog Liverpool with a win…