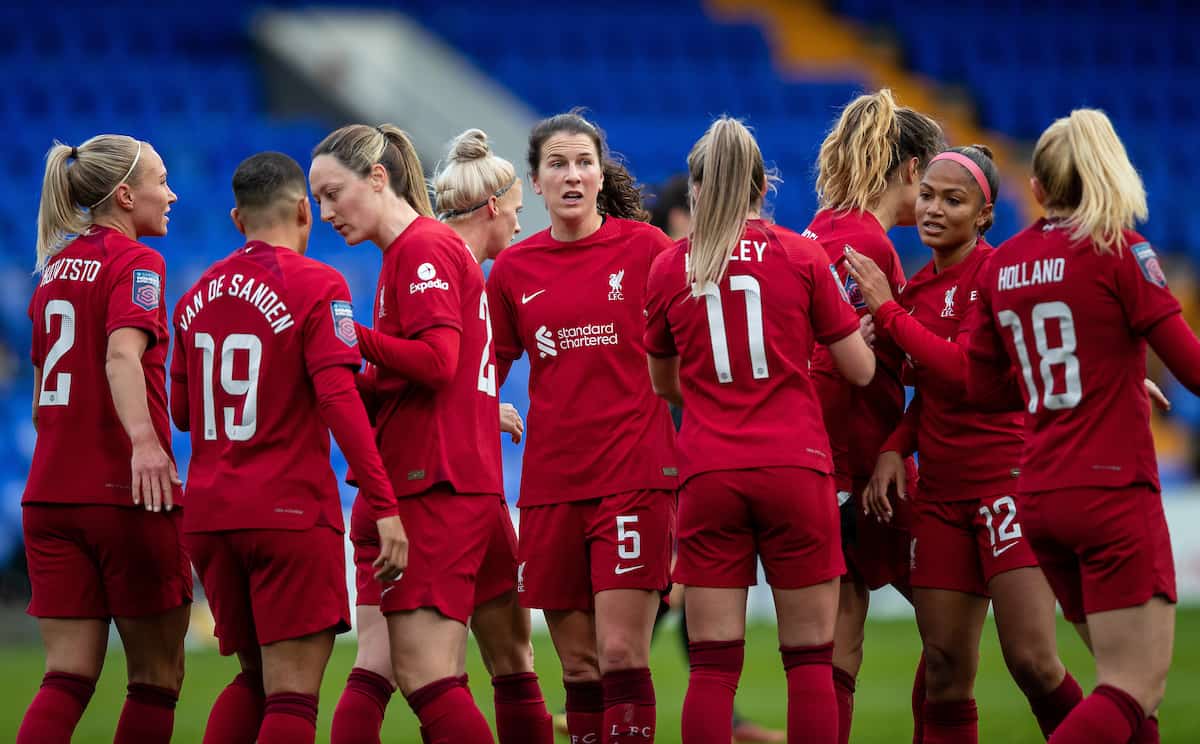 When Liverpool Women kick off at Man United on Sunday, it will have been 39 days since their last outing and since then they’ve signed three new players and had a veteran retire.

The winter may have felt like a long one for Jurgen Klopp‘s men thanks to their inconsistent form, but Matt Beard’s side have had plenty of time to consider their next steps.

The WSL’s winter break finally comes to an end this weekend, with Liverpool Women making the short trip to Man United to get their campaign back underway.

The Reds are currently in ninth position, eight points ahead of Leicester in the sole relegation spot at the foot of the table, with nine games played.

Man United, meanwhile, are in title contention as they sit third, just five points behind leaders Chelsea having played a game less.

With 39 days between Liverpool’s last match – a 2-0 loss against Man City in the League Cup – here’s an update on the squad changes and how you can watch Sunday’s trip to Man United.

When is the match & how can I watch?

Liverpool’s trip to Man United in the WSL is on Sunday, January 15 with kickoff at 2.05pm (GMT).

The match is live on BBC One and the BBC iPlayer, which you can stream here.

Any winter changes for the Reds? 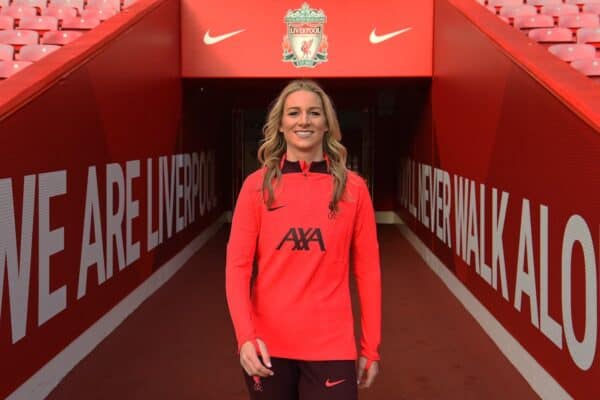 Beard welcomed back former Liverpool captain Gemma Bonner prior to Christmas, with the 31-year-old rejoining the club after a spell with Racing Louisville FC in the USA.

The centre-back captained the Reds to WSL titles in 2013 and 2014 under Beard and will inject experience and leadership into the team.

Sofie Lundgaard, meanwhile, adds fresh legs in midfield after leaving Fortuna Hjorring in her native Denmark. She describes her game as “powerful” and likes to “make a lot of goals.”

It’s an area Liverpool need to improve with only 11 goals scored in nine league games, the joint-third worst return in the division.

On Saturday, the club also announced the signing of another midfielder in 23-year-old Japan international Fuka Nagano from The North Carolina Courage.

Beard says the former Asia Young Player of the Year is comfortable in a number of different roles in midfield.

On the outgoing front, Charlotte Wardlaw has returned to Chelsea after the conclusion of her loan deal, while centre-back Gilly Flaherty announced her retirement after a record-breaking 177 WSL games.