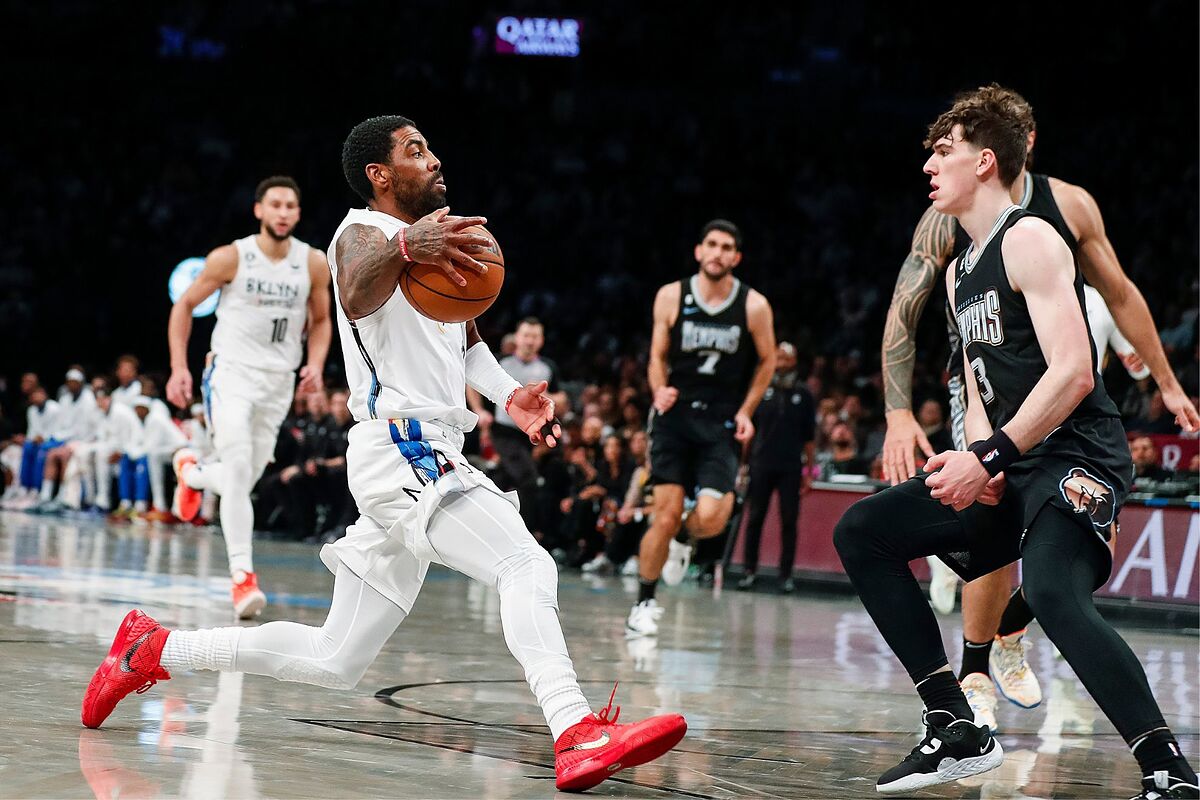 The Brooklyn Nets (8-9) defeated the Memphis Grizzlies (10-7) Sunday night at Barclays Center as Kyrie Irving returned from a long suspension and Ben Simmons put on his best performance of the season.

Irving, 30, missed the last eight games for Brooklyn after getting unfairly labeled as anti-Semitic.

He finished the game with 14 points on 5-for-12 shooting from the field in 26 minutes of action.

In his postgame press conference, Irving said he would like to share how he feels without harsh criticism thrust upon him.

“I would like to be on a platform where I could openly share how I feel without being harshly criticized or being labeled or dealing with outside perceptions that have nothing to do with me,” Irving said.

Kevin Durant scored a team-high 26 points to help push the Nets past the Grizzlies, who were without Ja Morant, but it was Simmons who stole the headlines.

Simmons, 26, made Memphis pay for leaving him wide open several times, putting up a season-high 22 points to go with eight rebounds, five assists and a steal.

He has been improving a little more each game, especially through the last three outings, in which he has shot a combined 22-for-26 from the field.

Both Irving and Simmons will likely continue to be a hot topic in the NBA, for better or worse.