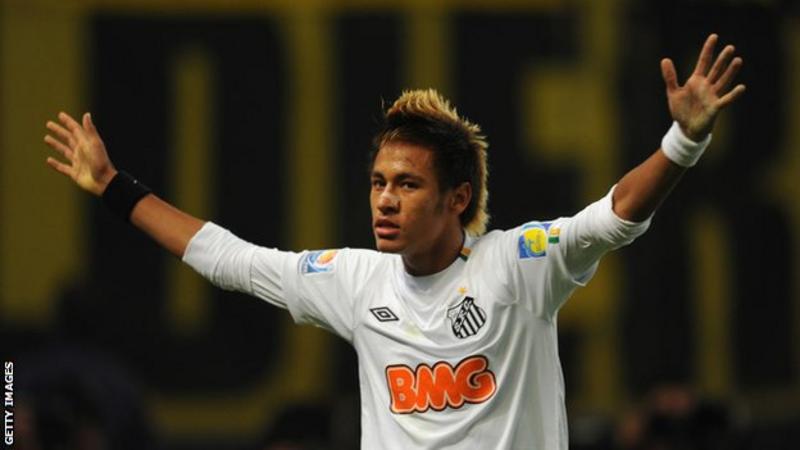 Neymar was Brazil’s talisman, the one who would lead the national team to glory on home soil at the 2014 World Cup but, after a knee to the back as he challenged for the ball with Colombia’s Juan Zuniga, the then 22-year-old’s vertebrae was broken and he was out of the tournament.

Brazil won the game to progress to the semi-finals, but there they fell to a humiliating 7-1 loss against Germany. Four years ago, they went out in the quarter-finals to Belgium.

Although Neymar is now 30, he’s in some of the best form of his career and there’s a real hope this could be his and Brazil’s year.

Since Neymar first burst onto the scene as an explosive youngster for Santos in 2009, there was the expectation that he would go on to be a huge star for club and country.

The forward can certainly be proud of his achievements to date. He is the most expensive footballer in history. He scored 105 goals in 186 games for Barcelona and has netted 115 times in 163 appearances for Paris St-Germain. And he is Brazil’s second-highest scorer with 75 goals, behind only Pele.

However, he has not yet been able to show his best at a World Cup. While injury cruelly robbed him of a potential fairytale on home soil in 2014, he was part of a Brazil team that underperformed in Russia four years later, despite scoring in wins over Costa Rica and Mexico.

Neymar has been part of the national team for 12 years, but his only major successes with his country are the 2013 Confederations Cup and Olympic gold at Rio 2016. He missed the 2019 Copa America, which Brazil won, because of injury.

The years of expectation and limited major success appeared to be taking its toll as he suggested last year that the 2022 World Cup would be his last.

“I see it as my last because I don’t know if I have the strength of mind to deal with football any more,” he said in the DAZN documentary Neymar Jr And The Line Of Kings.

Hitting form at the right time

Neymar’s statistics are all the more impressive given he has had lengthy spells out during his career because of injury.

By January this year, he had missed almost 100 games for PSG since joining them in 2017, while a reportedly frosty relationship with team-mate Kylian Mbappe meant the French side appeared ready to cut their ties with Neymar in the summer and he was linked with moves elsewhere.

“We know there was tension between the two,” Get French Football News editor Raphael Jucobin told BBC Sport.

“It seems Neymar took that personally and he wanted this season to show he is worthy of a spot at PSG, and is the player they bought for £200m.

“He is really showing that this season. It has been his best season so far, not just in terms of goals but also the attitude as well.”

Neymar had previously frustrated the PSG hierarchy by once being late for the start of pre-season, but this summer he ended his holiday early to begin preparations for the new campaign.

The result of that level of focus and dedication has been 11 goals and nine assists in 14 Ligue 1 appearances.

“There is more maturity about him, but it is something more than that. He has a point to prove,” Jucobin added.

“Tactically speaking as well, the coach has found a really good formation to get the best out him.”

Brazil boss Tite is certainly happy with the form Neymar has arrived at the World Cup in, saying: “He is flying. It is the fruit of all the preparation he has put in.”

As well as hoping to lead Brazil to a record-extending sixth World Cup title, Neymar is also on the cusp of history.

It is a target Neymar is clearly determined to beat, telling French football programme Telefoot last month: “I hope to get past him. I’m going to talk to my team-mates about it and tell them to help me score so I can finally get there.”

What may also help Neymar is that, unlike in 2014 and 2018, the hopes of a nation don’t rest almost entirely on his shoulders.

Brazil have placed the emphasis on attack for the World Cup in Qatar, with nine forwards named in their squad.

“Brazil isn’t dependent on Neymar, especially this year because there are several players like Vinicius Junior, Rodrygo, Richarlison and Lucas Paqueta,” said Cafu, the captain for their last World Cup win in 2002.

“Those players are also capable of winning the cup for Brazil, and this year the side is much different. Four years ago, it was all Neymar.”

Shorn of the weight of expectation, this could be the year Neymar delivers for Brazil at a World Cup.