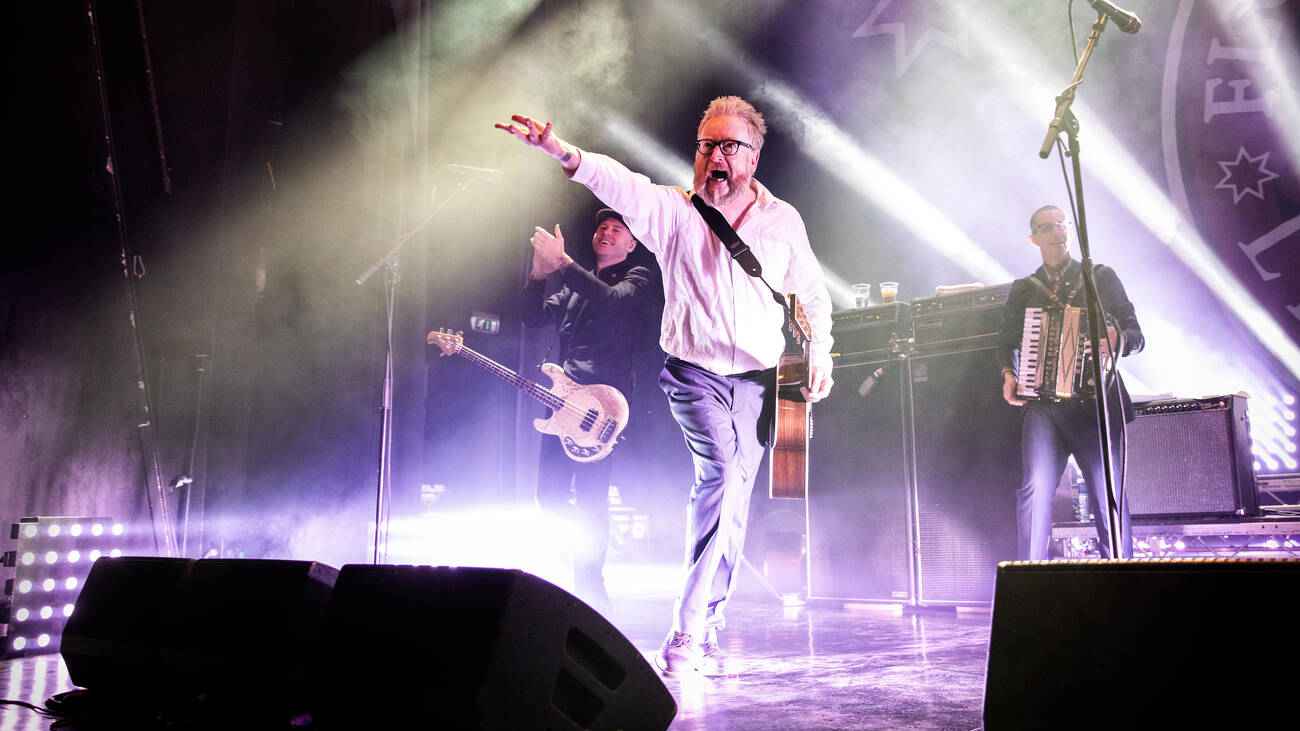 What is your greatest United memory?

“Myself and Bridget were lucky enough to be at Old Trafford for Sir Alex’s 25th anniversary at the club. We were sat by the dugout, and as he made his way back from making his speech on the pitch, fans with programmes were looking for his autograph. I didn’t have a pen, so I said: ‘Sir Alex, can I just shake your hand?’ He turned back and shook my hand – so I was the man with the plan to shake the hand of Alex Ferguson. Thank you, Sir Alex!”

What are your hopes for the new season?

“For a start, the manager Erik ten Hag will need time, and lots of it. Hopefully he’ll believe in our youth academy as well as buying the right players, with the right attitude for the team. He has a tough task at hand, but hopefully he’ll bring the swagger back to United.”

Finally, if you had a time machine which player or team from United’s past would you go to see play?

“Ryan Giggs’s goal against Arsenal in the FA cup semi- final was amazing (1999). Ole’s in the Champions League final, for obvious reasons (also 1999). But I think my favourite is probably Rooney’s volley against Newcastle at Old Trafford in 2005. I loved the fact that he was arguing with the ref at the same time, kept his eye on the ball, and then – bang! – back of the net. Brilliant.”