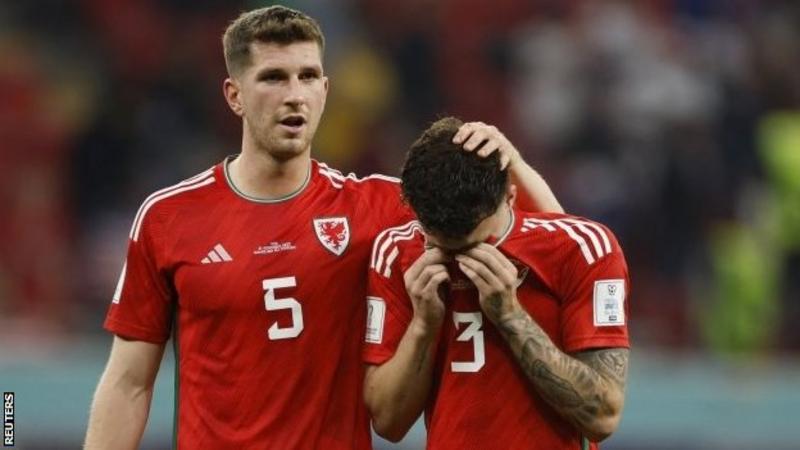 Timothy Weah’s calm finish looked set to give the US victory until Bale was fouled by Walker Zimmerman and stepped up to score the 82nd-minute penalty.

Captain Bale told ITV: “Yeah, [it was] always [going to be] me. No doubts in my head. I feel like I have to step up and I’m happy to do so.”

Wales play Iran next up on Friday.

When asked whether Bale was always going to take the penalty, he told ITV: “A million percent. He’s never let us down.”

Bale added to BBC Sport: “Of course you feel the pressure but it’s my responsibility, my job to step up and take penalties as the penalty taker.

“I’m happy to do that and obviously thankful it went in.”

Wales were deservedly behind at half-time in Doha through Weah’s 36th-minute opener, but improved after bringing on target man Kieffer Moore for Daniel James at the break.

“To go a goal behind against a good team was similar to Switzerland at Euro 2020 [a 1-1 draw in their opening game],” added Page.

“We showed character and determination to come back. It was important not to lose the first game. Credit to the lads for the shift they put in.

“That [change up front] was nothing about Dan. It just suited Kieffer to get us up the pitch. We couldn’t play through their press. It made a big difference.”

Bale said: “It was not a good first half. They played really well and we played poorly.

“We were torn up by the gaffer at half-time and changed a few things. The boys came out fighting and battling. We looked like we were going to win from the start of the second half.

“It was a great point from where we were. We showed character, we go again.”

Page, though, said “the medical team will have work to do” before their match against an Iran side that lost 6-2 to England in their opening Group B game.

“We have players not playing week in, week out, they are cramping up,” he added.

Bale said: “Our second-half performance was fantastic. It gave us a lot of confidence. Now it’s all about recovering and let’s get going again.”

‘Bale was kept on the pitch for a moment like that’
Despite another important goal for his country, former Wales captain Ashley Williams said Bale was actually having a “flat evening” until his late equaliser.

“He looked like he was lacking a bit of energy,” Williams said on BBC Sport’s World Cup highlights show. “He had a bit of a flat evening, but he is the leader and he was kept on the pitch for a moment like that.

“He wasn’t involved in the game a lot at all. It wasn’t his best night in a Wales shirt but he did go and score the all-important goal, which is what he always seems to do.”

Williams added that “everyone connected with Wales” would be happy with the point after a poor first-half display.

Wales right-back Neco Williams dedicated the point to his grandfather Kelvin Jones, who died on Sunday.

The 21-year-old Nottingham Forest player played the first 79 minutes of Wales’ draw before being replaced by club team-mate Brennan Johnson.

Williams tweeted afterwards: “Yesterday was the toughest news I’ve ever had to face and that was listening to my mum tell me my grandad passed away last night.

“To go from crying all day to start in a World Cup game was extremely tough but I got through it from the support of my team-mates and family.”