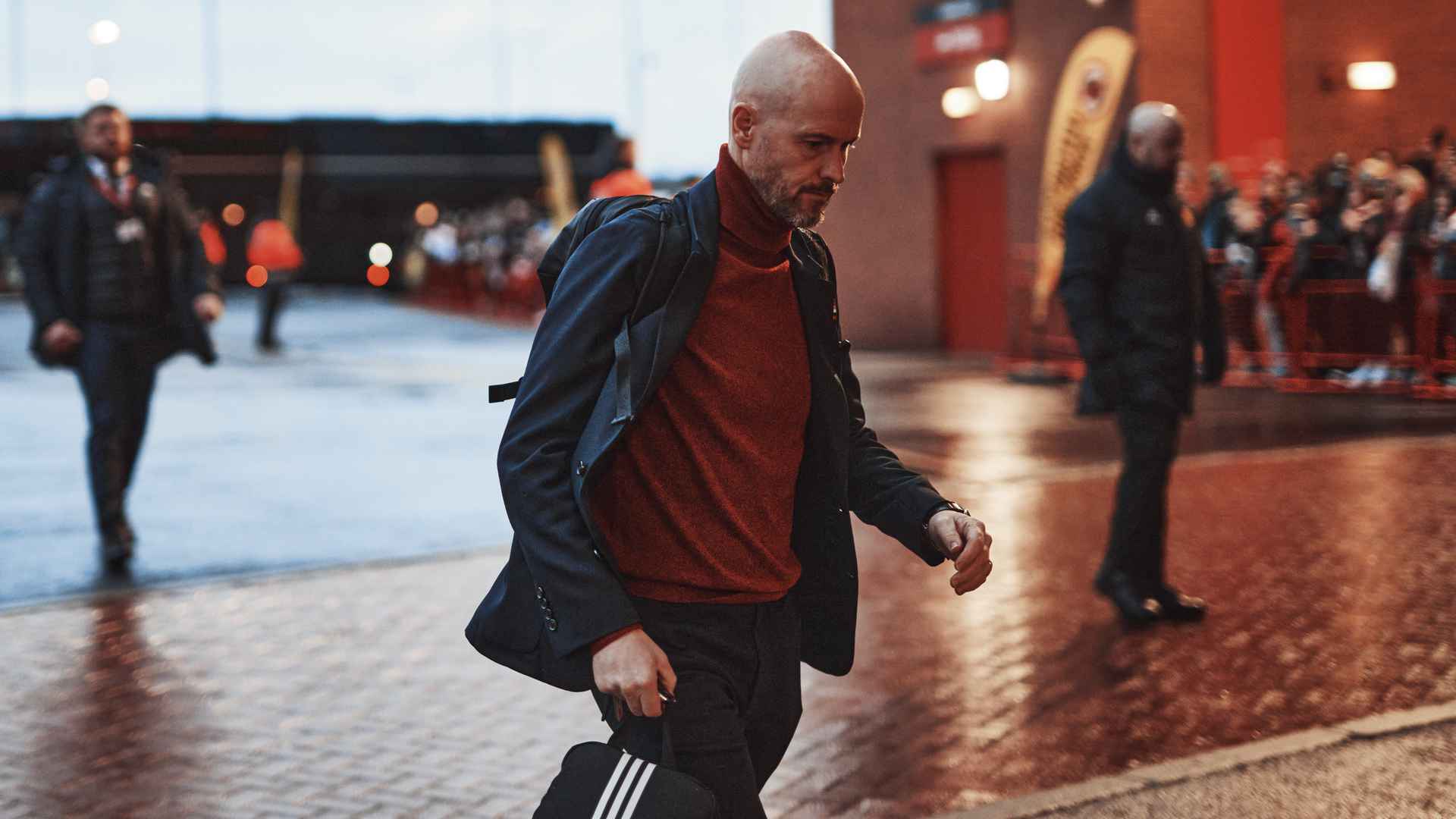 Luke Shaw’s goal against Bournemouth was a brilliant team move from back to front. How much better do you think the team is at moving the ball from the back now under your management?

“We’ve definitely improved that. We work a lot on that. We did in the last months and we still do it. You see the process and it’s good when you score a goal like this. You start with David De Gea and go over to the left side. Then there’s a good switch of play and you end up with the left full-back with a good front post run, from Martial freeing up the space. And his finish, Luke Shaw, it is a great goal. But I remember, at the start of the season, a goal against Arsenal when we came from the back to the front. Of course, I find joy in such team goals.”

Bruno is playing well, perhaps with fewer goals and assists this season that his performances deserve, but how happy are you with the way he’s playing?

“I think he’s an example. That’s also the reason why he oftens wears the [arm]band. That’s exemplified by his energy. He’s so good in transition, both ways, and that’s one of the key elements in today’s football. He’s so good in it and he gives so much quality in that part of the game. The team’s really happy with him and I’m really happy with him.”

To show the importance of the squad, Fred keeps making important contributions off the bench. His energy is really good it seems when he comes on…

“We emphasise a lot of times that we’ve often had players who score goals when they come on from the bench, like Fred did last week. Every time when he’s coming on, he’s ready. He’s front foot and he brings the right quality to the game. That is great to have that as a team and as a manager. Of course, Fred wants to play every game. That’s not always possible and everyone has to battle for his position but there’s good competition in the squad to play and to get into the starting XI, but once again we need those players coming from the bench and giving impact to the game. Definitely Fred is the one – there are others as well, but Fred is the example.”