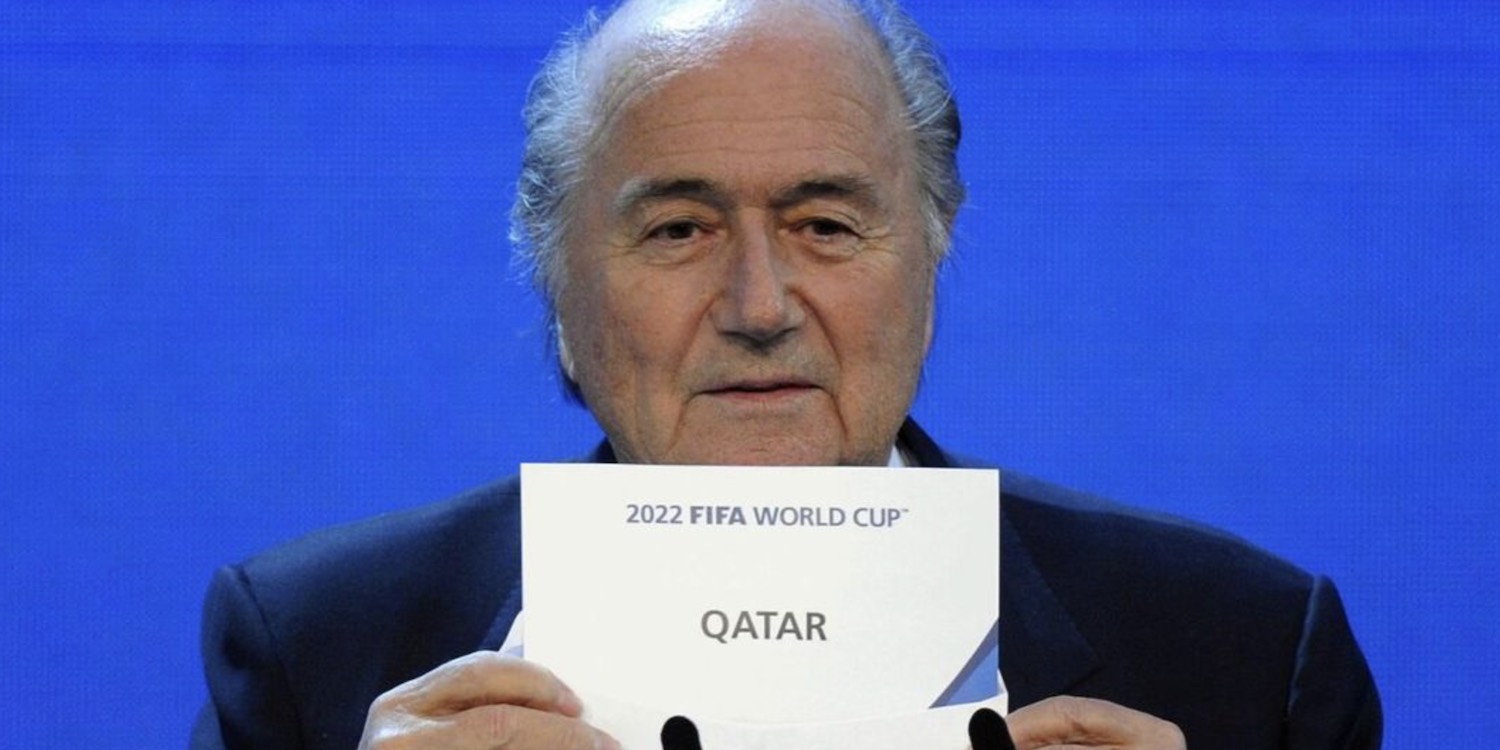 With the World Cup looming, if you have a Netflix account the documentary FIFA Uncovered should be a must watch. I’m halfway through episode 3 of 4, so I’m going to wait until the end to give a full review/assessment, but it won’t come as any surprise to anyone that people in power use their positions for personal gain.

There’s obviously more to say, and I have more to see, but so far there’s been there’s direct testimony about how certain members of the executive committee were promised money for ‘football projects for their federation’ in exchange for voting for Qatar’s bid to host this upcoming World Cup. How much of that money went to said football projects is not clear.

Mohammed bin Hammam was an FIFA ex-co member who helped the Qatar bid team make contact with people who had votes. He was banned for life by the FIFA Ethics committee in 2011, had that ban overturned by the Court of Arbitration for Sport a year later, but 6 months after that was banned again for life by FIFA again. By the by, punishment by the FIFA Ethics committee must be a bit like being sent down for murder by Judge Jack the Ripper.

It’s fascinating viewing, and while there is a lot of focus on Qatar, clearly the main issue is FIFA itself. If there were questions about Russia in 2018, and previous tournaments/decisions, the common denominator is football’s governing body. It’s far more a political organisation than a sporting one, and politics, money and corruption go hand in hand. Which isn’t to say Qatar are an innocent party, although they insist everything was above board (they would though, wouldn’t they?) – but what’s that old saying – Don’t Hate the Player, Hate the Game.

Qatar. Russia. They’re players. Football should be the game, but the game is FIFA and how much money it can generate for those who feel entitled to take their cut of it. It’s not just financial too. It’s what a World Cup can do for reputation. A veneer of respectability. Everyone knew what Vladimir Putin was before 2018, but he used the World Cup to ensure there’s been more talk about hosting a football tournament than Russia’s involvement in bombing hospitals in Syria, and all the rest.

I don’t know it’s progress per se, but this time around there is greater focus on the host country. The idea of bringing the World Cup to different parts of the world and developing the game there, and allowing fans in that part of the world to watch players they might never otherwise get to see, is clearly not a bad one in theory. But this obviously isn’t a World Cup designed for fans. And it’s certainly not a World Cup that should be celebrated because of just how murky the process was, and what it has cost to make it happen.

I don’t mean the billions spent, I mean the lives lost. The figures about migrant workers there are not always easy to verify – but there has been so much testimony about working conditions, pay, and deaths that it is impossible to ignore. I recommend reading David Squire’s cartoons for the Guardian, highlighting the work done by journalist Pete Pattison. You can read them here: 1 – 2 – 3. The ongoing work by Amnesty International and Human Rights Watch is important as we count the cost of this tournament.

There has been a lot of talk about the treatment of LGBTQ+ people in Qatar. That’s positive, but I don’t know that anything will change there because of a World Cup. However, it might demonstrate that it’s easier to live your life as a gay person elsewhere, even if we need to continue our support for them in this part of the world too. It’s better, but it’s far from perfect.

If coverage of this World Cup consistently discussed the many and various issues around it, of varying degrees of seriousness, that is a good thing. It should be cause for self-reflection, because if we demand that the governing body of a sport should be free from corruption, and punished for its transgressions, should that not be true of actual governments, from local to national? If it’s not acceptable for football, it shouldn’t be for things which are far more important.

From a football perspective though, many of us see the mealy-mouthed, weasel words of Gianni Infantino and roll our eyes. He is more of the same. A man with no credibility who says things that few truly believe. So what of football, this game we love? Doesn’t it deserve better? Doesn’t the World Cup – a tournament that is special because we’ve all grown up with it and experienced it as a formative part of our football lives – deserve better than be tarnished by these greedy men; these grasping, venal, corrupted crooks?

Quite how it changes, I’m not sure. But if this doesn’t spark something, then nothing will, and that will be more depressing than any World Cup destination award.