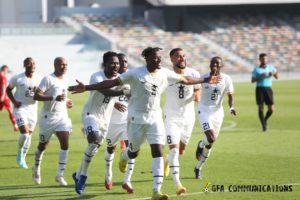 Communications Director of the Ghana Football Association [GFA], Henry Asante Twum says the Black Stars are ready for their 2022 World Cup opener against Portugal on Thursday.

According to Asante Twum, the friendly win over Switzerland in Abu Dhabi last Thursday has raised morale in camp.

“Everything is on course, we do not have any cause for alarm. All the players are in good condition; all of them are fully fit,” he said in an interview on The Probe on Sunday.

“They have been training since we started camping and I can say that based on what I’ve seen, we have 3 more days to continue our preparations for the first game against Portugal, and we will be very ready for that encounter”, he noted.