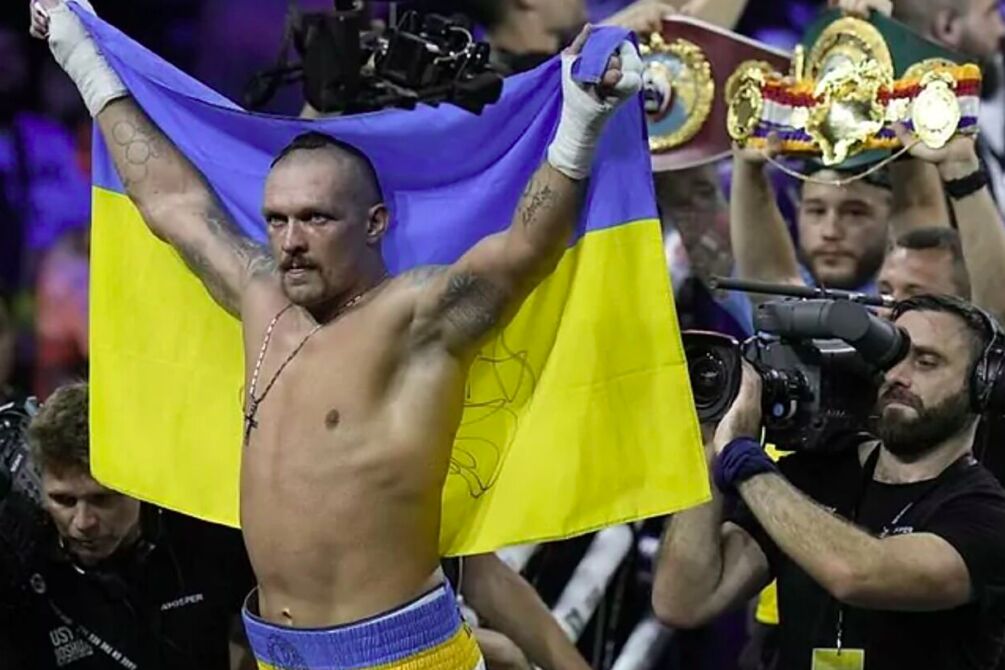 Boxing legend Oleksandr Usyk has suggested that he could take part in a boxing fight with Alexander Povetkin in the near future.

Many are billing the potential fight as a ‘Ukraine vs Russia’ battle due to the nationalities of the two prospective fighters and the recent invasion of Ukraine by Russia in a war that is still ongoing.

Usyk actually enlisted with the Kyiv Territorial Defence when the invasion first began back in February 2022.

He left Ukraine in August though to begin training for his fight against Anthony Joshua which he won on points.

The heavyweight was asked about beating Russians by Polish website inertia and he said: “What’s this for? I’ve beaten them so many times!”

Povetkin, 43, retired from boxing in June 2021 after being knocked out in his rematch with Dillian Whyte, 34.

Asked about a potential fight, Usyk said: “Well, I would have done that. I’d have no choice but to slap him hard.”

There are talks underway for a first-ever four-belt undisputed bout in Saudi Arabia.

Usyk said: “We’ll have to come to terms with this. Sport is sport and business is business.

“For me, boxing is just a sport, and for those who organize it, it’s big business. There are two boxers in the ring. Their job is to box.

“Everything else is organizers, sponsors and many other factors to be considered.

“As soon as we establish everything, we will come to an agreement, we will sign official documents – we will work.”

Usyk branded Russian president Vladimir Putin as being ‘very weak’ recently and he has spoken very honestly about his time fighting in Ukraine and what compelled him to head back to his home country.